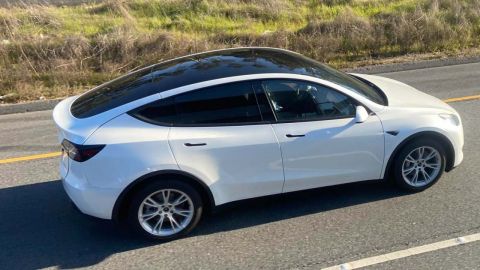 American electric vehicle maker Tesla Motors is catching up to its rivals NIO and Xpeng in China, where the Model Y electric compact crossover utility vehicle is selling like hot cakes. Tesla was facing tough competition from local electric car manufacturers in China but it seems like Elon Musk’s venture is catching up.

EV buyers in China had to wait a while to have their hands on the Tesla Model Y as the American manufacturer decided to launch the EV in the market only once it was manufactured locally at its Shanghai Gigafactory. The wait was worth it as Tesla launched the EV at a lower price than expected, which in turn allowed the EV to grab a significant share of the market.

With those figures, Tesla seems to catching up to its local rivals like NIO and Xpeng, which primarily sell EVs in the same segment as the Model Y. NIO delivered 5,578 units of its EVs, while Xpeng sold 2,223 units during the same month.

Gao Shen, an auto industry analyst in Shanghai, noted that Tesla’s Model Y has become a threat to the local rivals, especially after trimming down of prices.

Commenting on the situation, Shen said, “February sales figures proved that Tesla’s Model Y has become a threat to the Chinese rivals, particularly after a heavy price reduction. Tesla looks set to continue its dominance in the premium electric vehicle (EV) segment this year despite high expectations that some of its Chinese rivals will report a sales jump.”

Tesla has high hope of growth in China, which contributed sales of nearly 140,000 vehicles to the American auto giant’s record year of almost 500,000 EV deliveries during 2020. This year, many industry experts and analysts are expecting the EV pioneer to double deliveries as it has ramped up the production of the Model Y and trimmed down its price.