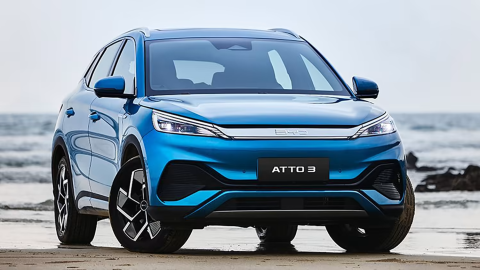 Announcing a new phase of expansion in Europe, Chinese electric car maker BYD Limited has confirmed that it is planning to launch three of its EV models, Tang, Han & Atto 3, in a few more countries with a special focus on Benelux and Nordic markets.

BYD revealed that it has plans to start selling the aforementioned electric models in Denmark, Germany, Sweden, and the Netherlands sooner than later, with the very first deliveries of the reserved units to customers expected to take place in the fourth quarter (October to December) of 2022. Besides that, the Chinese manufacturer will sell EVs in Israel as well.

In Norway, BYD has been present since August last year, selling a single model – the all-electric Tang. Now, the number of EV models will be increased to three. Just like in the case of Norway, the Chinese manufacturer will sell its EVs in other European markets through local deals. The company will sign strategic partnerships with the manufacturer.

In the Netherlands, the manufacturer has partnered with Louwman to sell and deliver its EVs to customers; while Hedin Mobility Group will be responsible for the same in Sweden and Germany. In Denmark, Norway, and Israel, the Chinese manufacturer will use the services of Nic. Christiansen Group, RSA, and Shlomo Motors, respectively.

The Atto 3, which is known as Yuan Plus in China, is a C-segment crossover/SUV. Han is a sleek & sporty electric E-segment sedan, and the Tang is a seven-seat family SUV.