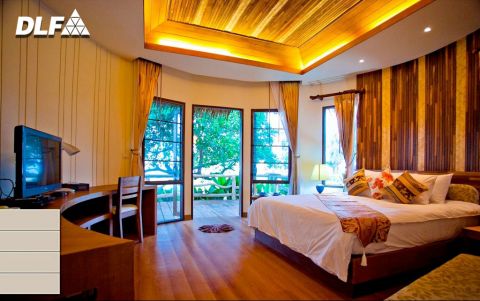 The concept of independent floor homes as a property type is not new in Gurugram and Faridabad, and existed much before the pandemic. In retrospect:

"Changing buyer preferences due to the pandemic and the Haryana government’s Deen Dayal Jan Awas Yojna scheme," says Santhosh Kumar. "Under this scheme, developers can build independent flats up to four floors and sell them individually. Many developers with land banks in these cities are now lining up for license to construct independent floor homes."

A major motivator is the fact that the development turnaround time for independent flats is faster than high-rises, providing an opportunity for faster monetisation. Also, money generated from builder floors starts flowing in within one year, while high-rises take at least four years to pay off.

Homebuyers today are keen on quick possession. The possession time for independent floors is significantly shorter than for multi-storey apartments. Builder floors are also gaining popularity because they combine the benefits of both traditional apartments and villas. With one flat typically constructed on a single floor, occupying families have more space and privacy in this property typology than in high-rise apartments.

The average size of independent/builder floor flats outstrips that of apartments, and the average sizes have been increasing over the period. In contrast, apartment sizes were shrinking until 2021 (post the pandemic).

Since builder floor developers cater to a smaller group of buyers, they can provide a premium luxury offering. Builder floors typically incorporate large balconies and windows, high-quality pre-built wardrobes and cupboards, as well the electrical and plumbing fittings are invariably superior to those of apartments.