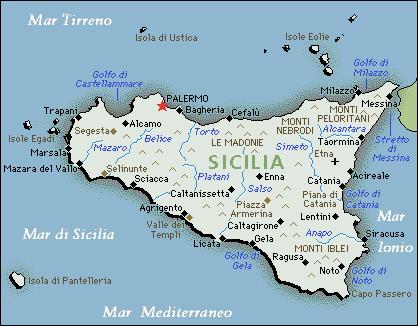 Gela, Sicily  - An ancient Greek ship returned to surface Monday some 2,500 years after it sank in the Mediterranean Sea and two decades after its wreck was discovered by divers off Sicily.

Ship sirens wailed and Italian culture officials and other onlookers applauded as a crane lifted from the waters what remains of the 21-metre-long wooden vessel, the ANSA news agency reported.

The ship's 11-metre-long keel and part of the stern, both of which were preserved as the vessel lay buried for 25 centuries under clay below the sea floor, are to be transported to the Sicilian port of Gela.

There archeologists will place the wreckage in tanks filled with protective chemicals before transferring it to a laboratory in Portsmouth, Britain where part of the ship's prow, recovered in 2004 is stored.

The ship, manufactured using a technique involving natural-rope bindings, was a merchant vessel believed to have sunk in a storm, while sailing from Sicily, then a Greek colony, back to Greece around 500 BC.

A small part of its haul of traditional Ancient Greek vases as well as two rare examples of askoi - a type of ancient Greek pottery vessel used to pour small quantities of liquids such as oil - decorated with red figures, were retrieved after divers discovered the wreck in 1988.

Culture officials intend to construct a museum in Gela to store the wreckage as well as some of the artifacts recovered. (dpa)