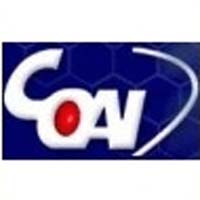 In a big relief to 20 million mobile users in the country, having mobile handsets without 15-digit International Mobile Equipment Identity (IMEI) number, have a reason to cheer as the Department of Telecommunication has cleared the proposal of mobile operators to transplant IMEI number into headsets through a unique software.

It should be recalled that security agencies have expressed concerns over use of handsets without equipment identity following which the union government had directed operators to terminate services to such mobiles on security reasons.

Meanwhile, the Cellular Operators Association of India has started efforts to provide IMEI numbers to handsets by opening 1,600 retail outlets in agreement with Mobile Standard Alliance of India (MSAI). IMEI is a unique 15-digit code associated with handsets to find its identity and to avoid its misuse to carry out anti-national activities.

T.V. Ramachandran, Director General, COAI, said, "We believe that most of these handsets are owned by the common man, and our findings show that they have scrimped and saved for several months to buy such handsets to enhance their personal productivity and augment their income."