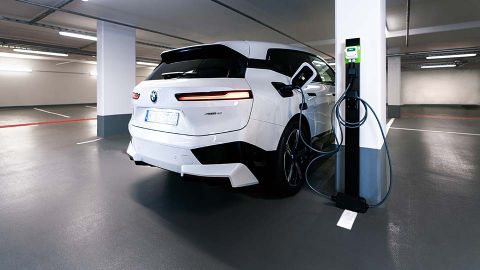 German luxury automaker BMW Group has announced a notable increase of more than 14 per cent in its overall plug-in car sales in the second quarter (Q2) of 2022. BMW Group sold a total of 563,536 cars during the April to June quarter of this year, roughly 20 per cent down from the corresponding three-month period of 2021. On the positive side, the company’s plug-in electric car sales increased 14.3 per cent year-over-year to settle at 94,884 units, which enabled the plug-in segment to account for an improved share of 16.9 per cent of the total volume.

The automobile giant is quite optimistic that its BEV sales this year will double compared to last year, which means that more than 200,000 units are on the table, including more than 125,000 units in the second half of this year.

Pieter Nota, a member of BMW AG Board of Management responsible for Customers, Brands & Sales, said in a statement that the company successfully managed to more than double its BEV sales worldwide despite various challenges.

Stats released by BMW Group clearly show that demand for the automobile giant’s new electric models is quite high. For instance, the BMW i4 model garnered more than 34,000 orders in Europe alone. The manufacturer is optimistic that its BEV sales will continue to rise in the coming quarters as several new models, including the BMW iX1 and BMW i7, will hit the market.