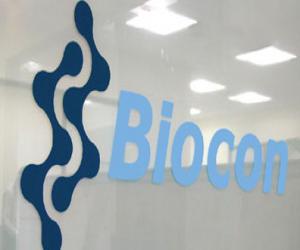 Indian biotechnology major, Biocon has reported a 4.7 per cent increase in net profit, ahead of of market expectations, during the second quarter of the financial year.

The Bangalore-based company said that its consolidated net profit increased to Rs 900 million to $16.65 million during the second quarter till September, 2012 compared to Rs 860 million rupees a year earlier reported in the same quarter of the previous year. The revenues of the firm increased 19.3 per cent to 6.42 billion rupees. Market analysts were expecting a net profit of 863.7 million rupees, according to Thomson Reuters I/B/E/S.

Biocon announced that GE Capital will acquire a 7.7 per cent stake in Syngene International Limited, which is bicon’s research services unit, in a deal valued at Rs 1.25 billion rupees. Biocon Chairman Kiran Mazumdar-Shaw said that the investment would help cany ove closer to its plans for an IPO for Syngene.

Biocon was advised by Allegro Corporate Finance Advisors and Mundkur Law Partners. The funds rased through the stake sale will be used to expand its integrated discovery and development services platform and tap the global outsourcing opportunity through partnerships.

Shares of the company were trading 3 per cent higher at Rs 266.75 on Wednesday at the Bombay Stock Exchange.