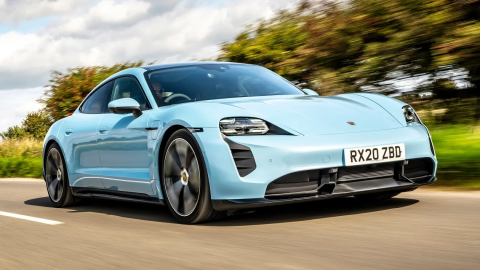 Porsche, the German automobile manufacturer specializing in high-performance sports cars and SUVs, enjoyed a considerable jump in sales in the third quarter (Q3) of this year amid sustained customer demand.

Headquartered in Stuttgart area of Germany, Porsche announced that it delivered 16,581 cars in the July through September quarter in the U.S. market, representing a jump of 8.5 per cent from the corresponding three-month period of 2021. The automaker underlined the fact that supply of its cars increased amid sustained customer demand.

The year-to-date deficit of the company declined to 4.9 per cent, compared to the corresponding quarter of the previous year, as its total sales volume stood at 49,110 units.

Nevertheless, the Porsche Taycan (almost all versions) continued to struggle in the American market. During the Q3, Porsche delivered a total of 1,325 units of the Taycans. The figure represents a decline of 29 per cent year-over-year. The decline followed previous declines of 25 per cent and 4 per cent in the Q2 and Q1, respectively. The result for the latest quarter is also the lowest since the early beginning when only one version of the Taycan was available in only a few configurations.

The share of Taycan out of the company’s total sales volume amounted to 8 per cent, which is also one of the lowest on record. Nevertheless, the Porsche Taycan, which is available in Base, 4S, GTS, Turbo and Turbo S trim levels, emerged as the 4th best-selling Porsche model in the U.S. market, slightly ahead of the Panamera that attracted 1,050 buyers.

Kjell Gruner, President and CEO of Porsche Cars North America, admitted that Porsche continued to be constrained by the supply of new electric cars in the U.S. market. In the initial part of 2022, production was interrupted by shortage of semiconductors and other components.

Speaking on the topic, Gruner said, “Our order books are in good health across the range of Porsche models. The ongoing expansion of new dealership facilities that offer a walk-in brand experience and a real ‘wow’ factor is also helping connect new audiences with our legendary cars.”

The 2022 Porsche Taycan boasts a robust powertrain capable of delivering a range of 203 miles and super-speedy DC fast charging. In the first nine months of current year, the manufacturer delivered a total of 5,774 units of the Porsche Taycans in the U.S., while the cumulative deliveries of the EV reached almost 20,000 units.