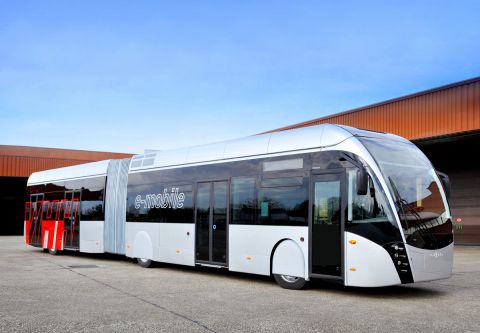 In a recent announcement, Belgian bus maker Van Hool has said that it will hold the world premiere of two electric buses at the Busworld Europe event scheduled to be held in October 2019.

The CX45E and the Exqui.City 18 FC buses set for global debut at Busworld Europe will be the electric and emission-free models which will be displayed by Van Hool at the event. In all, Van Hool will display 18 vehicles including one bus and seven coaches at Busworld, and will also have ten additional coaches available for test drives.

The CX45E is a fully-electric coach, equipped with US firm Proterra’s 648Kwh battery pack. The coach, with a driving range of over 300 km, will be sold by Van Hool as an “ideal solution for many customers operating fixed routes, particularly in urban and private environments.”

The Exqui.City 18 FC hydrogen-powered bus will be officially presented by Van Hool at Busworld, although eight units of the bus have already been ordered French city of Pau, in the year 2017. The 18-metre articulated tram bus will be able to accommodate 125 passengers. The H2 bus will have a 300 km driving range, and will take only ten minutes for refuelling.