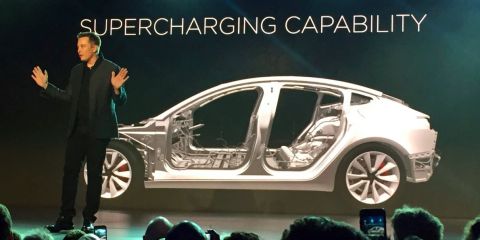 American electric vehicle manufacturer Tesla Motors has urged its customers in Massachusetts to vote against the Northeastern state’s new “Right to Repair” initiative, which aims to add electric vehicle (e-vehicle) data to the scope of the state’s right to repair law.

Massachusetts, the most populous state in the New England region of the northeastern United States, is all set to put its “Right to Repair” measure on the November 2020 ballot in the form of “Question 1” that will seek state voters’ approval to extend the state’s right to repair laws to include the so-called telematics systems.

Telematics systems contain vehicle data that is stored outside the vehicle and may include information related to mobile internet, navigation and the Global Positioning System (GPS). If approved, it would require all vehicles sold in Massachusetts starting from the model year 2022 to have telematics systems with a standardized open access data platform. With the owner’s permission, independent repair shops and mechanics would automatically get access to the vehicle’s data to use for diagnostics and repairing of the vehicle. At present, this data can only be used by manufacturer repair shops.

The electric automaker is suggesting its customers to vote against the measure, saying that it has long applied an open source philosophy to its patented intellectual property for e-vehicles. But, the measure would go well beyond what is necessary to perform repair work, and would potentially jeopardize vehicle and data security.

In the recently sent emails, Tesla wrote, “As you go to the polls this fall, Tesla asks that you vote no on Question 1. Tesla has long applied an open source philosophy to our patented intellectual property for electric vehicles … Question 1 goes well beyond what is necessary to perform this work, and it potentially jeopardizes vehicle and data security.”

According to the automaker, the requirements of the initiative, pushed by two national auto shop lobbying groups, would eventually make vehicles more vulnerable to cyber attacks, which would be much more harmful.

Palo Alto, California-based Tesla Motors doesn’t have a great history with right to repair stuff. However, it has gotten significantly better at opening on that front over the past few years. But, when it comes to in-depth service, access to part, and repair information, the company has notoriously been difficult to work with.