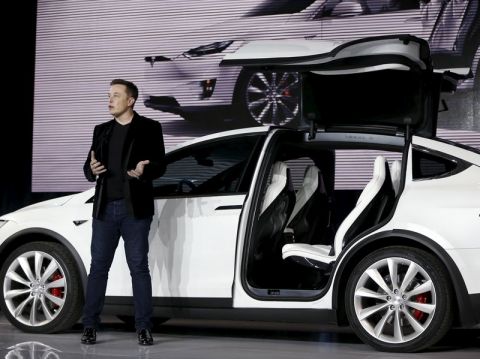 Over the last year, Tesla’s stock has enjoyed an unprecedented rally, and the stock continues to be on a historic run. The EV maker’s market value has already reached $800 billion, which is more or less equivalent to the whole automobile market combined. Currently, Tesla’s stock is trading at nearly $844 per share, significantly up from just around $100 per share around a year ago.

Now, Daniel Ives, a top Wall Street analyst from Wedbush Securities, has predicted that it could only be the starting point of the unprecedented rise in Tesla’s stock. In a recent interview, Mr. Ives said that he was foreseeing Tesla’s market value rising to $1.5 trillion to $2 trillion over the next one or two years.

Speaking on the topic, Mr. Ives said, “In a year or two from now, we’re not just looking at one trillion for Tesla, but in a couple of years this could be a company that could start to approach 1.5 trillion to 2 trillion market valuations.”

In terms of EV deliveries, the Wedbush analyst is one of the most optimistic analysts on the Wall Street. He foresees the EV maker delivering as many as 800,000 vehicles in the twelve months through December 31, 2021.

Mr. Ives added that he was particularly bullish on the Palo Alto, California-headquartered manufacturer’s prospect in China, where he thinks Gigafactory Shanghai will be the key to the EV maker’s future success.

The unprecedented jump in Tesla’s stock offers a strong hint that the way people look at EVs and their manufacturers have changed a lot since the onset of the COVID-19 pandemic, which erupted in China and gradually spread to other parts of the world, leaving a large number of people infected and dead across the world. The pandemic prompted governments as well as people to accelerate the shift from conventional fossil fuel-based vehicles to EVs.