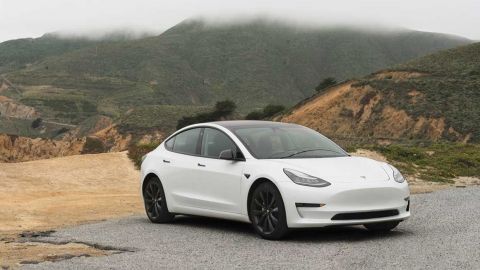 The Tesla Model 3, affordable and all-electric four-door mid-size sedan developed by EV pioneer Tesla Motors, returned to the top of electric car sales in February 2021 in Europe, for the first time since September last year. After the sluggish January, the world-famous Tesla Model 3 electric sedan scored 5,506 registrations during the month of February. With strong sales in February, the electric sedan became the third-best year-to-date model with a total of 7,013 registrations. The fresh figures are enough to show that demand for the best-selling Tesla continues to be very high, in spite of the launch of a number of other EV from several other automakers.

The Tesla Model 3 is available in three versions: Standard Range Plus, Long Range, and Performance. The three variants have different performance as they have different motor specifications and hardware features. The Standard variant, as the name suggests, gets rear-wheel-drive (RWD) and it is mainly focused on making the EV more affordable. These versions also vary in terms of range.

As per the company’s claims, the Standard Range Plus version delivers an EPA-rated range of 263 miles on single charge, while the Long Range versions deliver a range of 353 miles. However, all the three versions of the Model 3 EV come with fully autonomous or self-driving hardware, with periodic software updates adding functionality.

The Volkswagen ID.3 emerged as the second best for the month of February. According to fresh stats, the ID.3 scored 3,808 registrations, while its year-to-date registrations jumped to 6,780 units. These figures also suggest a rebounding in the sale of this electric model.

The Renault ZOE emerged as the third-best, with a total of 3,620 registrations in the month under review. Year-to-date, it became the second-best with 7,124 registrations. The top position (YTD) went to the Volvo XC40 PHEV (2,740 in February and 7,147 YTD).

Overall, BEVs accounted for 5.9 per cent of the European market, with more than 50,200 registrations. The figure represents a 27 per cent year-over-year jump in sales. PHEVs accounted for 8.1 per cent of the market, as these vehicles scored more than 65,500 registrations in European markets in the month of February. Sales of PHEVs made an impressive jump of 117 per cent year-over-year. The top position of PHEVs surprised industry experts, but many of them predicted that BEVs will return to the top in March.