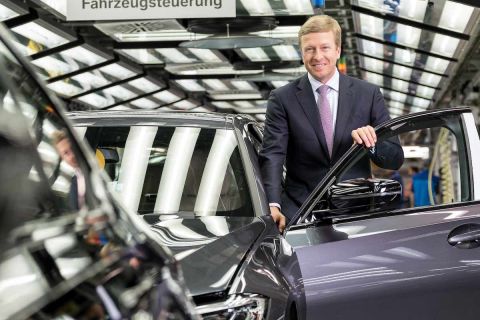 Like many other conventional automobile manufacturers, Germany-based luxury car maker BMW is investing huge amounts of money in the ongoing process of electrification of its production lines and automobiles.

During the DLD All Stars Tech Conference, Zipse said it would not be easy for Tesla to continue with its dominance in field of EV sales as the rest of the industry is also pushing ahead with their EV plans. The chief executive’s comments reflect traditional ICE engine-powered vehicle producers’ self-confidence in the fast-growing EV space. Moreover, governments around the globe are encouraging automakers to switch to EV technologies.

The Germany-based luxury carmaker has announced plans to add battery-powered versions of its X1 SUV, the 5 Series and 7 Series, in addition to introducing a new flagship model called the iX. The BMW iX is an electric SUV, which was first introduced to the world in concept form named Vision iNext at the 2018 Paris Motor Show. Its fully production-ready version was introduced in November last year. It is the first purpose-built BMW EV since the launch of i3 in 2013.

Volkswagen Group, BMW’s larger peer, is also trying to eclipse Tesla’s EV sales, and many industry experts believe that it could surpass Tesla in terms of EV sales sooner than later. Volkswagen aims to increase its share of all-electric EV sales by more than 100 per cent, and come close to Tesla’s expected deliveries of at least 750,000 EVs. According to available stats, Volkswagen’s first electric ID model, the compact ID3 hatchback, attracted more than 54,000 buyers in Europe. The environment-friendly model trailed only the Renault Zoe and the Tesla Model 3, which sold more than 99,000 and 85,000 units, respectively. By the end of 2030, the auto giant is expected to produce and sell as many as 26 million EVs worldwide.

On the other hand, Tesla expects its EV sales to continue to grow by around 50 per cent annually for the many years to come. Last year, Tesla CEO Elon Musk announced that his company’s sales would grow faster than they grew in 2021.