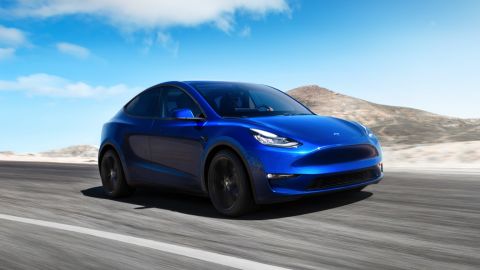 The all-electric car segment of the US automobile market grew more than 100 per cent year-over-year during the first eight months of 2021, and Elon Musk-led EV pioneer Tesla Motors maintained its dominant position. Tesla has been gaining further ground in the US as well as European markets.

According to fresh car registration data released by Experian, a total of 294,218 units of new EVs were registered from 1st of January to 31st of August this year, with almost 39,000 units in the month of August alone. That's roughly 2.7 per cent of the total car market. The total number of electric car sales also represents a growth of more than 114 per cent from the corresponding period of the last year. It should be noted that last year, the sales were impacted due to COVID-19 lockdowns.

The fresh data also revealed that Palo Alto, California-based Tesla Motors maintained its dominant position in the fast-growing electric car market by selling a total of 194,165 units during the first eight months of this year. In terms of sales, the figure represents Tesla’s year-over-year growth of 79 per cent, allowing the EV giant to grab a market share of 66 per cent. It is quite interesting to note here that Tesla’s sales are expected to grow even more in the future.

Market experts are of the view that the EV pioneer will soon be selling more units than Mercedes-Benz and all other premium brands.

The deduction of Tesla’s share shows that all the other car brands sold only 100,053 units combined. Overall, the electric car market grew at quite a fast rate, thanks to a blend of increased awareness and government’s encouragement in the form of tax incentives.