Tesla has reportedly increased price of Made-in-Texas Model Y by $2,000 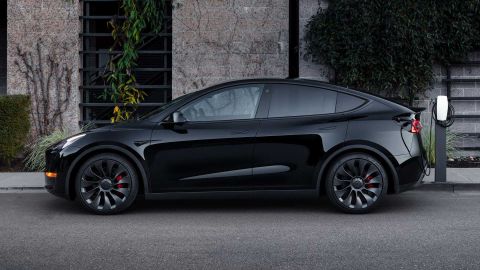 American electric car pioneer Tesla Motors has reportedly increased the price of the Model Y battery electric compact crossover that has been produced on a limited scale at the Tesla Giga Texas plant.

Around a couple of months back, the Model Y produced in Texas would cost $3,000 less than the Model Y Long Range all wheel drive (AWD) made in California. The Model Y Long Range AWD also recently received a significant price hike of $3,000. It means that the difference between the prices of the two EVs is now $4,000 ($61,990 vs. $65,990).

The most recent price hike also suggested that even the locally produced Tesla cars are not immune to price hikes. Previously, the American EV giant had announced price hikes for the Made-in-China (MIC) EVs, citing increased costs of production.

It is also worth noting here that the MIT Model Y isn’t listed on the company’s official website for the general public. According to available information, the EV giant is offering it to reservation holders, who might select this version over the Long Range AWD EV. Moreover, the new MIT Tesla Model Y recently emerged on the company’s existing inventory website, though with a heftier price tag ranging between $63,490 and $65,490. Market experts are of the view that Tesla might be playing this game to maximize revenues by selling available cars at higher prices.