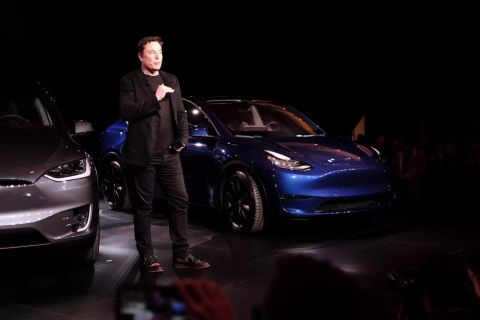 The top executive noted that the mega manufacturing facility took around eleven months to be constructed, and a year to reach full volume production. Tesla’s production and delivery numbers reached new heights since the Giga Shanghai started operations.

As China is the world’s largest car market and the Giga Shanghai is the Tesla’s main export hub, its output is playing a crucial role in the EV giant’s global growth. The confirmation that Giga Shanghai’s production has exceeded that of the Fremont factory is being seen as a major development. Musk praised the Tesla China team for producing the best quality EVs at lowest possible cost.

Announcing the milestone, Musk said, “We’ve got three new factories. Giga Shanghai has done an incredible job. And Giga Shanghai now exceeds Fremont in production. I’d just like to give a special hand to the Tesla China team. So it’s the best quality, lowest cost and also low drama. So it’s great.”

It remains unclear why the American billionaire entrepreneur used the phrase “low drama,” but some were quick to point out that it referred to Tesla China's swift legal actions against individuals who sparked the brake failure allegations and in the Asian country as well as those who supported protests against the American manufacturer with false anecdotes.

While the American entrepreneur didn’t reveal stats regarding Giga Shanghai’s output. However, we know that the mega manufacturing facility had started production in early January 2020 with a production capacity of 3,000 vehicles a week. Just around a year later, it increased its weekly output reached 8,000 units per week. As the factory’s weekly production rate continues to grow, Tesla is expected to produce its 500,000th EV in Shanghai sooner than later.