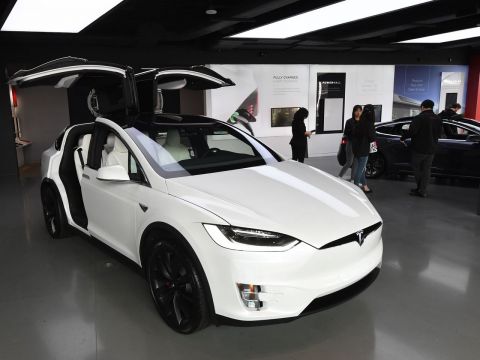 American electric car giant Tesla Motors has once again extended the estimated delivery time for the Model 3 and Model Y in the United States, thanks to an unprecedentedly long order backlog. According to the EV pioneer’s official website, the entry-level Model 3 Standard Range Plus (SR+) will take one more month to reach the pre-order holders. More precisely, the SR+ version of the Model 3 will be delivered in February 2022.

Previously, it was scheduled to be delivered in January next year. Thus, anyone who will place order for the SR+ version now will have to wait for around five months to get his/her hands on the EV.

The Long Range and Performance versions of the Model 3 electric sedan are scheduled to be delivered in December and November, respectively.

The delivery time for the Tesla Model Y compact crossover utility vehicle has also been extended by the manufacturer. The Long Range all wheel drive (AWD) version of the EV is now expected to be delivered to pre-order holders in February 2022. Previously, it was scheduled to be delivered in January next year. The Performance version will be delivered in the month of November.

While the worldwide shortage of semiconductor chips affected manufacturers around the globe, and Tesla is no exception to the issue; the delay in the deliveries of various versions of Tesla cars is more to do with a very long order backlog. Thus, the delays in deliveries of Tesla cars to pre-order holders is mostly demand related rather than supply related. However, production constraints are also playing a role in that.