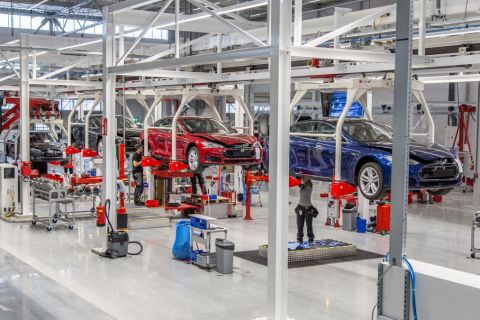 The approximately 97,000 EVs delivered by Tesla in the 2019 third quarter (July-September) included 79,600 units of Model 3, along with a combined total of 17,400 units of the Model S and Model X electric cars.

The 97,000 EV deliveries recorded by Tesla in the 2019 third quarter marked a nearly 2% quarter-on-quarter increase for the company. In the 2019 second quarter, Tesla had delivered a total of 95,356 units of its Model 3, Model S and Model X vehicles.

Tesla’s third-quarter EV delivery volume was counterbalanced by production figures of 96,155 units during the quarter. In comparison, the number of EVs which the company had produced in the second quarter was much lower, at 87,048 units.