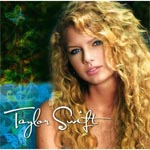 Washington, November 15 : Teen country singer Taylor Swift has revealed that she might go back to her books after she has had her fill of having fun trotting the globe and creating music.

The 18-year-old, whose all five singles from her debut were Top 40 hits on the Billboard Hot 100, said that she craved for knowledge though she has already been in the process of acquiring some through her music career.

"Obviously I want to be as knowledgeable as possible, know as many aspects of life as I can and be well rounded. College is one way that can happen,” Contactmusic quoted her as telling AOL. com.

"But I think travelling around the country and getting to shake hands with people I''ve looked up to my entire life, and writing songs and co-producing an album makes you well rounded, too.

“I''m not gonna shut doors and say that I''m never going to college, but right now, I''m not gonna walk away from something that I''m so lucky to have,” she added. (ANI)