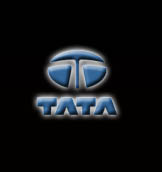 The officials of the plant cite the low sales volume as the primary reason for this block closure.

“There has been a slump in the market across the world as there is no sale. Especially, the automobile sector is severely hit by recession. Many automobile companies are shutting down their units. Since, there is no sale, we are closing the plant in order to reduce costs,” said Chandrabhan Singh, Secretary Tata Mills.

Labourers and daily wage earners are feeling insecure with the ongoing block closure, as their livelihood depend largely on Tata Motors and other ancillary units of the Adityapur Industrial Area.

“We are severely hit by all this. Since, we are daily wage earners; we are not getting anything in monetary terms, as the vehicles are not moving from the facility. Most of the convoy drivers have been retrenched during this period,” said Deepak, General Secretary, Convoy Drivers Association.

The shutdown of the Tata Motors has also hit other units of the Adityapur Industrial Area (AAIDA), which depend largely on this division for their output.

Local industrialists demand incentives from the government for their survival.

“As it happens during the time of drought, we seek government assistance. It should be in the form of interest, loan payment or soft loan. Otherwise, the industrialists will be in trouble and come on roads,” said S. N. Singh, President, Adityapur Small Scale Industries Association, Jamshedpur.