Stellantis to invest $2.8 billion to retool Windsor and Brampton assembly plants in Canada 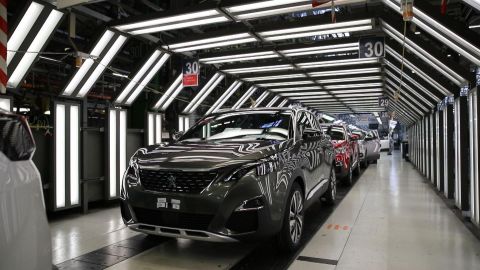 Multinational automotive corporation Stellantis NV has pledged to invest a significant amount of $2.8 billion (CAD$3.6 billion) in Canada as part of its electrification drive.

Stellantis, which came into existence last year with the merger of Fiat Chrysler Automobiles and PSA Group, has set aside $35 billion for electrification of its vehicles. The huge investment will be made through 2025.

The automobile giant has plans to transform the Windsor Assembly Plant to support production of a new multi-energy vehicle (MEV) architecture, which will be used for providing battery-electric (BEV) capability to multiple models in the future. It suggests that the manufacturer will use the plant to build hybrid as well as BEV models.

The Windsor Assembly Plant will have maximum flexibility that will allow the manufacturing giant to adjust production volumes according to changing demands. Retooling of the assembly plant that currently produces Chrysler minivans will likely commence sometime in 2023.

Stellantis said in a statement, “The plant will have maximum flexibility to adjust production volumes as needed to meet changing market demand over the next decade.”

The Brampton Assembly Plant is scheduled to be retooled and completely modernized from 2024. The modernized plant will be used to produce a new-fangled, flexible architecture to support Stellantis’ electrification plans when production will resume in 2025. The facility will build at least one all-new electric model on a flexible production line that will be capable of producing both hybrid vehicles and BEVs.

Playing its part, Canadian Prime Minister Justin Trudeau has announced an investment of $423 million (CAD$529 million) to support Stellantis’ electrification drive. In addition, a financial support of up to US$410 million (CAD$513 million) will be provided by the provincial government of Ontario.

Stellantis has set a goal to reach 5 million annual BEV sales by 2030, with a 100 per cent BEV sales mix in Europe and 50 per cent in the United States. Pushing ahead with its electrification plans, the manufacturer recently unveiled the Jeep brand’s first fully-electric SUV, with official roll out scheduled for early 2023.