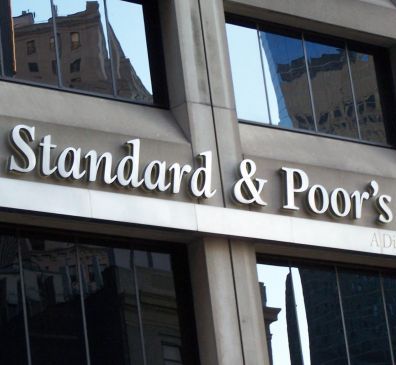 Mumbai: Global rating agency Standard & Poor's (S&P) on Thursday lowered the long-term corporate credit rating of state-run SAIL to 'BB+' from 'BBB-' and then withdrew the rating on the company's request.

The downgrade of the Navratna PSU reflects slower-than -expected progress in leverage reduction, S&P said in a release.

"In our view, SAIL is highly unlikely to lower its ratio of debt (adjusted for retirement benefits and surplus cash) to EBTIDA below 3.5x by fiscal year-end 2015," the rating outfit said. The state-owned firm could not be reached for comments.

SAIL's partly debt-funded capital expenditure programme has considerably increased its leverage but the investments made have not contributed to higher cash flows, according to S&P.

"Standard & Poor's Ratings Services today lowered its long-term corporate credit rating on Steel Authority of India Ltd. (SAIL) to 'BB+' from 'BBB-'. We then withdrew the rating at the company's request," it said.

At the time of withdrawal, the negative outlook on SAIL reflected the risk that further delays in roll-out of new capacity could strain the company's operating performance, causing its business risk profile to slip below 'satisfactory', the release said.

"While we expect gradual improvement in SAIL's business performance beyond fiscal 2015, we cannot rule out delays to the roll-out of new capacity," S&P said.

It expects financial ratios to recover only marginally after increasing capacity.

"We, therefore, changed our financial risk profile on the company to 'aggressive' from 'significant'." The agency said it sees SAIL's liquidity as adequate, based on its external financial flexibility and funding availability due to its Government linkage.