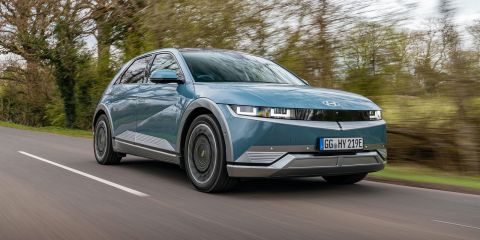 The South Korean energy & chemicals giant explained that NCM9 is an innovative battery in which nickel accounts for approximately 90 per cent matter. The greater the proportion of nickel in the EV battery, the more the output and driving range of the vehicle. However, advanced technology is required to ensure safety as NCM9 battery is high in energy. SK Innovation has successfully produced this innovative battery, thanks to its exclusively unparalleled safety technology. Under its deal with the American auto giant, the South Korean firm will start supplying these battery cells to for the mass production of the F-150 Lightning pickup truck from next year.

At the exhibition, SK Innovation also claimed that it is possible to produce battery cells that can be fully charged within 15 minutes.

The energy giant explained, “Electrons must move from the anode to the cathode for the battery to charge, so if the number of tabs is increased to two, the distance traveled by electrons is reduced by half. Hence, the shorter the travel time of electrons, the shorter the charging time a battery requires.”

The Hyundai Ioniq 5 compact crossover will use SK Innovation’s NCM811 battery cells. These are the same cells that have been used in the Kia EV6.

According to SK Innovation, NCM8 is a battery that uses nearly 80 per cent of nickel, which brings it among the EV batteries with highest levels of nickel in the in the industry. However, increased performance of the NCM8 battery also requires high level of technology that makes it really difficult for these EV batteries to be mass produced. However, SK Innovation successfully produced it, while also ensuring safety.

Loaded with NCM811 battery cells, the IONIQ 5 electric compact crossover offers a range of 429 km, and the battery can replenished up to 80 per cent in merely 18 minutes using high-speed charging.