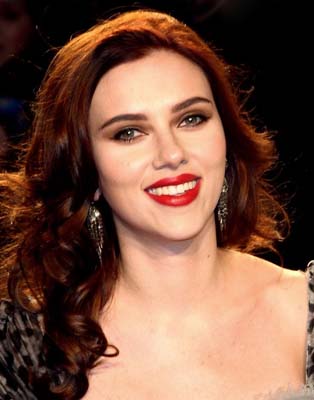 Washington, April 14: Scarlett Johansson has denied going on a punishing exercise regime and strict diet to shed pounds for her role as the `Black Widow' in the forthcoming Iron Man sequel.

In a blog posted on the website Huffington Post, the actress clarified speculation about her recent weight loss.

The actress insists she has simply been eating balanced meals and increasing her amount of physical activity to get in shape.

"Since dedicating myself to getting into ''superhero shape'', several articles regarding my weight have been brought to my attention," Contactmusic quoted her as saying.

"Claims have been made that I''ve been on a strict workout routine regulated by co-stars, whipped into shape by trainers I''ve never met, eating sprouted grains I can''t pronounce and ultimately losing 14 pounds off my 5''3" frame.

"I''m a petite person to begin with, so the idea of my losing this amount of weight is utter lunacy. If I were to lose 14 pounds, I''d have to part with both arms. And a foot," she added.

The 24-year-old has urged tabloids to take greater care in reporting on body issues that could affect younger readers.

"I''m frustrated with the irresponsibility of tabloid media who sell the public ideas about what we should look like and how we should get there," she said.

"... I would be absolutely mortified to discover that some 15-year-old girl in Kansas City read one of these ''articles'' and decided she wasn''t going to eat for a couple of weeks so she too could ''crash diet'' and look like Scarlett Johansson...

"I''m not normally the type to dignify toilet paper rags with a response, but in this case I feel it''s my responsibility to comment. In a way, I''m glad some dummy journalist (and I use the term ''journalist'' loosely) is banking on my ''deflating'' so that I can address the issue straight from my healthy heart," she added. (ANI)