Samsung may reportedly stop supplying displays to Apple from 2013 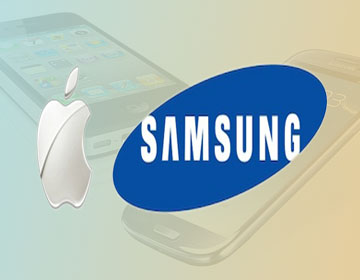 The intensifying Apple-Samsung patent-infringement scuffle has apparently taken a toll on the wider working arrangements between the two tech giants, especially with regard to Samsung's supply of displays for Apple's popular mobile devices.

Samsung, one of the world's leading manufacturers of LCD panels, has been supplying displays for Apple's devices over the last few years. In the first half of the ongoing year, Samsung was Apple's biggest screen supplier; having shipped approximately 15 million panels to Apple.

However, the numbers have taken a substantial dip in the second half of the year, with Samsung's shipments of panels to Apple standing only at around 3 million in the third quarter; apparently because of the increasing hostility between the two companies.

It is further being projected that the `Samsung screen shipments to Apple' situation will worsen during the fourth quarter, and Samsung will probably ship only about 1.5 million - or even less - panels to Apple.

Furthermore, according to a Korea Times report, citing the information shared by an unidentified Samsung Display executive, the panel-supply contract between Apple and Samsung will be terminated in 2013, with the result that Samsung will no longer supply displays to Apple.

The source apparently told The Korea Times that Samsung will "end its LCD panel supply relationship with Apple as of next year"; and the shortfall in orders will be covered from increased orders from Amazon and other Samsung partners.