Quarterly Expectations from Reliance and Wipro 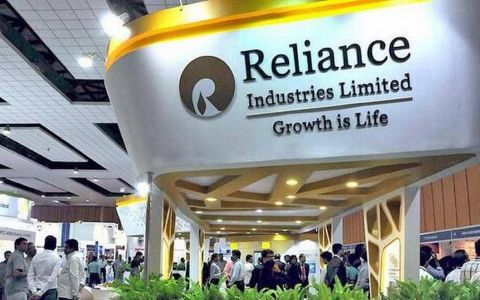 Indian market ended positive on Tuesday and quarterly results are guiding stock specific action. Reliance Industries and Wipro will come up with their quarterly numbers and markets will keep a close watch on the results. Market viewpoint by Epic Research follows....

A positive day is seen in Nifty but how long it may sustain these higher levels of 11400 is still a concern since the breadth of the market has not improved in the last few sessions after the selling pressure was seen from 11700 levels. On a higher time frame we are well above the previous week range but still inside the long bearish candle which was a result of increased volatility and profit booking. A lot has changed since then since many of rating companies and institutions have cut the GDP forecast for the Indian economy.

On the other hand, we have seen a sharp drop in industrial production to -1.1% while manufacturing prod has gone down to -1.2%. The inflation rate has jumped up to 3.99% and we have no further room for rate cuts. But the market is not having any cue to cheer while quarterly numbers are failing to boost as well as they remain much muted for Q2. So we may see further consolidation and a range play between 11650 - 11300.

Reliance is in positive trend from the last few weeks but it has an important overhead resistance at 1390 - 1420. The volatility may fuel the prices with a broader range of 1400 - 1300. Since it is at the end of the week hence we may see a bumpy start to next week. Technically we may see some pressure at higher levels of 1380 - 1400 and prices may see a modest correction towards lower levels of 1320.

Wipro - Technically Stock is in bearish momentum while the overall structure is bullish making higher highs and higher lows. There is a clear channel that is followed since early 2009. The IV is a cooling off-post corp tax event and is at 32.88 levels, as IVP also stands at 82.4. This also depicts that usually volatility is attributed during the quarterly numbers and cool-off is seen in the next 2 weeks. The ratio chart of Wipro to IT and NSE shows a weakness. While it is much weaker to overall IT index given the kind of returns heavyweights like TCS, Infy and other stocks have given. Recently break is seen in support and stock with increasing volatility may see wilder swings. In a bearish track, we see next support for stock around 210 levels and that is where it will meet its long term support line. A breach of that would call in for much much deeper correction to lower levels of 190-164. A close above 20 MA that is at 249.2 should negate this setup.