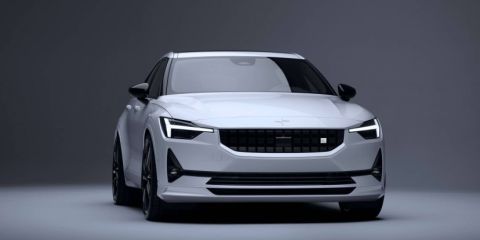 Estero, Florida-headquartered Hertz has plans to deploy a total of 65,000 Polestar EVs over a period of next five years. It means that the car rental firm will deploy 13,000 Polestar vehicles per year on average. Obviously, it is one of the largest single orders for electric cars ever made.

Currently, Hertz is receiving Polestar 2 electric cars from the Swedish brand. In the coming years, the company will also use other upcoming electric models, such as the Polestar 3 electric SUV. In Europe, the Polestar 2 EV is expected to be available for rent from spring this year. In North America and Australia, the EV should be available sometime near the end of 2022.

In a press release, Hertz described the Polestar 1 plug-in hybrid as a rather “symbolic deployment” of a very special environment-friendly car produced in pretty limited numbers. The company added that it is now adding the Polestar 1 electric performance hybrid to its Dream fleet as well, allowing customers to experience the high-performance carbon fibre sports GT first hand.

The addition of the Polestar 2 to Hertz’s fleet marks the growth of the car rental firm as well as the increasing popularity of the Swedish EV brand.

Polestar CEO Thomas Ingenlath said in a statement, “Our partnership with Hertz is an exciting milestone that provides the opportunity for a significant number of potential new customers to experience an EV for the first time, and it will be in a Polestar.”

With more than 55,000 Polestar cars already running on public road across the company’s slightly over two dozen live markets, there is no doubt that the brand is growing at an incredible pace. The brand’s model lineup is going to be expanded by a number of new cars. While the Polestar 1 is a low-volume, flagship PHEV; the Polestar 2 a fully-electric model based on Volvo's CMA platform. The Polestar 3 and 4 SUVs and the Polestar 5 fastback sedan are scheduled to be released in the coming years.

Last year, Polestar delivered more than 55,000 electric cars worldwide. For this year, the target is to deliver just 50,000 cars (due to Chinese lockdowns). By 2025, the brand aims to increase annual sales to nearly 290,000.