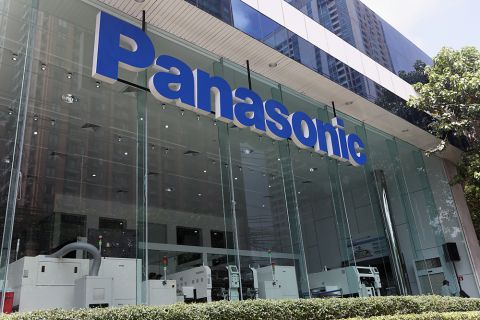 Panasonic Corporation, a Japanese electronics manufacturer headquartered in the Kadoma city of Osaka prefecture, has confirmed that it has offloaded its stake in Tesla for nearly 400 billion Yen (US$3.61 billion) in the fiscal year ending March 31, 2021.

The Japanese electronics giant had bought 1.4 million shares of Tesla for $30 million in 2010, when the American electric car maker was a very small company in terms of market valuation. The EV pioneer kept growing over the years, and Panasonic’s investment multiplied a whopping 120 times. It may be noted here that only the original Tesla Roadster was on the market in 2010, and the Model S was scheduled to be launched in mid-2012.

In March last year, the market value of Panasonic's Tesla shares was around $730 million, and it increased 7-times within in the next twelve months. Eventually, it generated more than $3.6 billion for the electronics giant.
It means that the Japanese battery manufacturer basically multiplied its initially invested amount of $30 million by 120 times over a period of 11 years, enjoying a huge rate of return. On top of that, its business of EV batteries remained profitable.

Panasonic’s decision to invest in Tesla was a crucial support for Tesla as the two companies sealed a multi-year strategic partnership. At the time, Panasonic received a strong order for EV batteries from Tesla, becoming the American EV giant’s largest battery supplier and it remained the same for many years to come.

The decision of offloading the Tesla shares won’t impact the years-long partnership between the two companies. Tesla has become a huge company, big enough in terms of capital reserves that it is no longer in need of Panasonic's support. On the other hand, it was a perfect time for Panasonic to offload the shares and unlock billions of dollars to invest in new ventures.

When asked for a comment, a spokesperson for Panasonic said, “The stake sale will not affect the partnership with Tesla, and was made as part of a review of shareholdings in line with corporate governance guidelines."

As demand for batteries is on the rise amid the ongoing worldwide shift from ICEs to EVs, many expect Panasonic to redirect the proceeds from the Tesla stake sale to build a new EV battery plant. However, the Japanese electronics giant hasn’t uttered even a single word regarding any such plan.