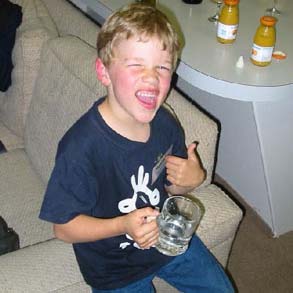 Melbourne, Apr 27 : About a quarter of Aussie parents believe that it is acceptable to let their kids drink before they reach legal age, a new study has found.

According to The Generation Next Parental Research Study, 24 per cent of parents believe 16 is an appropriate age for their children to start drinking under adult supervision.

Nearly 11 per cent said that they are happy to serve alcohol to children under 16, despite growing evidence of the harm it can cause.

Drug and Alcohol Research and Training Australia director Paul Dillon said it was important to delay alcohol consumption for as long as possible.

"I speak to parents all over the country and they are really battling with this topic," the Courier Mail quoted Mr Dillon as telling Sydney's Daily Telegraph.

"They really want some guidance.

"Parents don''t want to do this, but feel there''s so much social pressure they buckle.

"They''re afraid that if they say no to their child, their child may not like them much," he added.

The survey of more than 500 parents by StollzNow Research showed that 28 per cent of parents thought the majority of their children''s schoolmates regularly got drunk.

Another 20 pct believed that at least half their child''s peers were using illicit drugs. (ANI)