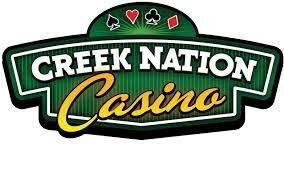 The tribal casino reportedly first got flooded at around 1:30 am on Thursday this week, during heavy rains. It remains unclear when the gaming property will be reopened as tribal officials were unsure how extensive the flooding was. Normally, Muscogee Creek Nation Casino remains open between 10 am and 4 am each day.

Nothing was immediately revealed about the extent of damages and how long it would take to repair the damages. Emergency crew members could be seen pumping water from inside the casino. Fortunately, no one was injured in the flooding.

On Thursday and Friday, the city of Muskogee received more than seven inches of rain. However, the situation is expected to return to normal sooner than later as the outlook for the next many days has been predicted to be sunny or partly sunny.

The flooding waters created problems not only for the casino but also for many other properties in the area. Emergency crews received 73 calls. They rescued at nearly two dozen individuals during the flooding in Muskogee and close by Bixby. One resident was rescued from under quite a few feet of water during the flooding.

Emergency crews also rescued several animals, including dogs, cats, donkeys and even a pet wolf. In kayaks, some people were seen rescuing horses. A number of emergency shelters were opened to provide flood victims with temporary housing.

Back to the Muscogee Creek Nation Casino, the tribe is expected to continue paying its team of 166 workers. In 2019, when its River Spirit Casino Resort was flooded, workers at the venue kept on getting their salaries in spite of temporary closure of the property.