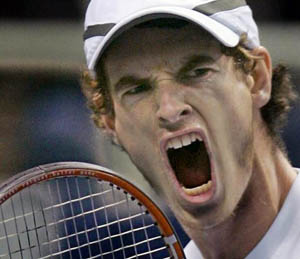 The 21-year-old Scot equalled Tim Henman’s career haul of 11 titles on Sunday by beating world No. 3 Novak Djokovic in the final of the Miami Masters, the tournament unofficially considered as the fifth Grand Slam.

“Andy Murray has the game to be No. 1 in the world — he just needs to refine it. At the moment, on hard court over three sets, he is the best. He was too strong for Djokovic and players think Andy is right up there with Federer and Nadal — they don’t enjoy playing him,” Fleming said.

“Andy has to improve on clay. At the French Open Nadal is king, but as for Wimbledon, he has a chance of winning,” The Sun quoted him, as saying.

Murray will play in Monte Carlo, Rome and Madrid before heading to Roland Garros at the end of May.

“I want to do better than I did on clay last year. I want to reach the quarter-finals of one of the big tournaments. I have found playing on clay tough in recent years but have definitely improved over the last year,” Murray said.

“It has been a great few weeks for me. I have put in a lot of hard work on my fitness and this month it has paid off. I have had physical reserves I didn’t have before. In these sort of conditions, this is why you put the work in.” (ANI)