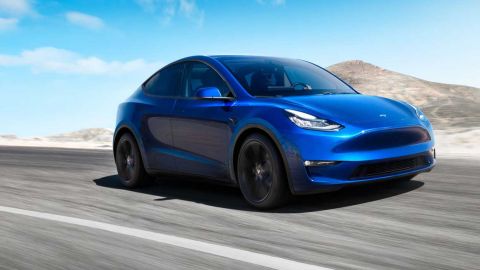 The MIC Tesla Model Y was able to cover a distance of 1,000 km or 622 miles in merely 9 hours and 45 minutes. It was the #1 performance in the crossover/SUV segment and third-best overall.

The 72.6-kWh battery-equipped Hyundai Ioniq 5 (AWD) was slower by 15 minutes than the MIC Tesla Model Y in the test, which is slated to be repeated within a month. During the Bjørn Nyland test, the driver used the high efficiency of the MIC Tesla Model Y to drive faster. On average, it ran at a speed of 102.6 km/h or 64 miles per hour (mph). With an energy consumption of 207 Watt-hour per km (Wh/km), the Model Y also emerged as one of the most efficient EVs. The total usage was reported at 207 kWh.

During the run, a fully charged Model Y Long Range EV was charged half a dozen times along the way, sometimes for just a few minutes. It is worth-mentioning here that the charging power declines at a higher State of Charge (SOC) and the most favorable thing is to charge the EV more times but for shorter periods of time, only up to certain levels. In addition, the available battery capacity in the Model Y is just around 70 kWh, several kWh less than that of the Tesla Model 3 electric sedan.