Lawmaker says Tehran reactor to be shut down 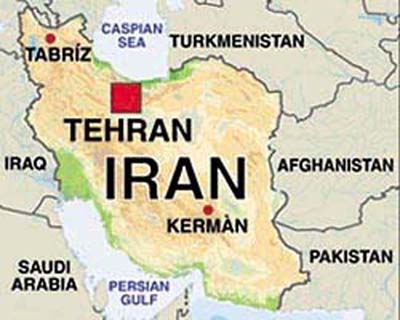 Tehran - A senior Iranian member of parliament said Saturday that Tehran's research reactor would be shut down in the near future, making the nuclear fuel deal with world powers irrelevant.

"The Tehran reactor will soon be replaced by the 40-megawatt reactor in Arak and therefore any fuel deal would be relevant and therefore only to be made within a limited time period," the head of the parliamentary foreign policy and security commission, Alaeddin Boroujerdi, told ISNA news agency.

According to a draft plan prepared by the International Atomic Energy Agency (IAEA), Iran would ship at least 70 per cent of its 1-3 ton low-enriched uranium to Russia and France, for processing into fuel for a medical-purpose reactor in Tehran.

"We (parliament) are totally against this fuel deal and consider purchasing the nuclear fuel for the remaining years of the Tehran reactor's activity as the most economical and suitable option," the MP said.

The US, Russia and France have approved the plan in principle but Iran has demanded "important technical and economic amendments."

Boroujerdi said that even if Iran agreed to the exchange, then it should not send only part of the uranium from the Natanz plant for further processing, until the closure of the Tehran reactor.

There are technical differences in Iran over the deal, with some officials and experts considering it neither wise nor economical.

The 5+1 group - United Nations Security Council member states Britain, China, France, Russia and the United States plus Germany - were confident that the fuel deal would also lead to a breakthrough in the dispute over Iran's controversial nuclear programmes.

"The idea in the West that the fuel deal would also lead to suspension of uranium enrichment is totally wrong because Iran will continue its enrichment anyway," Boroujerdi said.

President Mahmoud Ahmadinejad said Thursday that despite the probable fuel deal, Iran would not retreat "one iota" from its nuclear work, including uranium enrichment.

ISNA however quoted Ahmadinejad Saturday as saying he hoped that negotiations would continue despite differences over the fuel deal.

"We hope that the talks with the 5+1 will continue although the world powers have a negative record (in fulfilling their commitments towards Iran)," Ahmadinejad said.

The talks with the 5+1 countries were scheduled to continue at the end of October but had to be postponed due to Iran's hesitation to reply to the uranium exchange deal. (dpa)