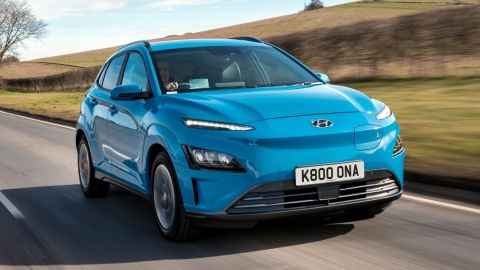 The incidents of Kona EV battery fire continue to mar the reputation of South Korea-headquartered Hyundai Motor Company as the latest fire incident took place in the Norwegian city of Olso on 21st of this month. According to a tweet by the Oslo Police department, the latest Hyundai Kona Electric Car-B-Q battery incident occurred in the morning hours of 21st of June in the capital city. The exact cause of the fire remained unknown, but police confirmed that it occurred in the battery pack of the EV.

Luckily, no injury or any other safety issues related to the incident was reported. However, smoke created some issues for the passersby. The firefighters rushed to the scene and brought the fire under control by spraying water on it and then covering the vehicle with a fire blanket. Eventually, the electric car was hoisted up and submerged inside the large container filled with water.

Unfortunately, the battery fire incident in Oslo is not a totally isolated incident. Another battery fire incident involving a Kona EV was recently reported in South Korea. This incident also reportedly involved a parked Kona EV. The damaged vehicle was built after the manufacturer had issued a recall for thousands of units of the Kona Electric. However, it also used LG Energy Solution cells, like the other EVs manufactured by Hyundai.

Hyundai Kona EV is one of the South Korean car brand’s bestselling electric car models across the globe. Powered by LG Energy Solution-branded battery cells, this fully-electric model continues to attract a large number of buyers, even in Asian countries like India, where it competes with the likes of the Tata Nexon EV and MG ZS EV.

In October last year, the South Korean automobile giant recalled nearly 77,000 vehicles to fix battery-related issues that were reportedly causing fires in even parked EVs. Despite that massive recall, the manufacturer apparently continued to suffer from the specter of battery fires.

It is worth-mentioning here that EV battery fires are not unique as internal combustion engines (ICEs) also experience fires, and some argue that ICEs experience fires at even higher rates. Still, battery fires have long been a matter of a bigger concern. The all-electric model involved in the latest incident had been recalled by the manufacturer months ago, so the occurrence of the battery fire was unexpected.