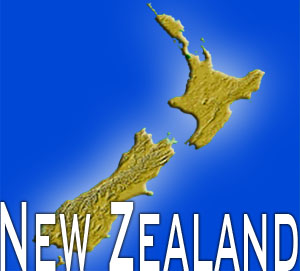 Wellington - A jet-lagged driver who fell asleep at the wheel of a car which crashed killing his wife, granddaughter and cousin escaped a severe penalty when he pleaded guilty to careless driving causing death in a New Zealand court Tuesday.

Defence attorney Garth Gallaway said that no court could punish Michael James Geoffrey Eades, 62, more than he was punishing himself for the deaths.

The judge in the Christchurch District Court sentenced Eades to 150 hours community work and banned him from driving for a year.

The court was told that Eades fell asleep from jet lag while driving a car on September 16, two days after the family arrived in Christchurch to visit his sick mother in hospital following a 30-hour flight from Britain.

He crashed into a power pole killing his wife, their 3-year-old granddaughter and his cousin.

Gallaway said Eades, who had been driving slowly, had simply succumbed to jetlag and accepted full responsibility for the accident. (dpa)