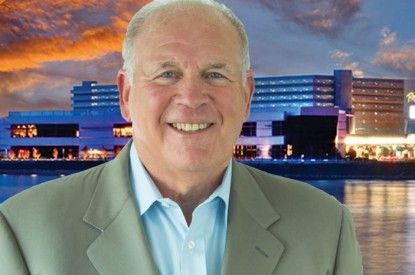 During Pennsylvania’s recently held auction for the for sixth satellite casino license, local businessman Ira Lubert emerged as the winner by placing a bid of slightly more than the minimum asking price of $10 million.
Mr. Lubert is a real estate & private equity manager who already holds a minority stake in Pennsylvania’s Rivers casino Pittsburg gambling & entertainment property. After submitting the winning bid amount to the Pennsylvania Gaming Control Board (PGCB), he will be able to apply for a related Class 4 casino license within a period of six months.

A graduate from Penn State University and currently serving on its board of trustees, the winner of the mini-casino license was previously part of the 2012 opening of the eastern state’s Valley Forge Casino Resort. At the time, he had detailed that he might look to bring his mini gaming facility to the small Centre County town of Unionville, which is located just around 9 miles from the larger community of State College.

The Class 4 casino license would allow the investor to open a mini casino complete with up to 750 slot machines. An additional payment of $2.5 million will earn him the right to add up to 30 gaming tables to the facility, which could be extended to further ten table games after one year.

Currently, Pennsylvania lawmakers are working on a measure to grant legal status to so-called skill gaming machines that would allow gaming authorities to permit as well as regulate the controversial terminals that are commonly found at restaurants, bars, convenience stores, and social clubs across the state. Eric Schippers, vice president of public affairs for Penn National Gaming, said new measures are required as the state is beyond the point of saturation from the perspective of gaming.

Speaking on the topic, Schippers said, “Pennsylvania is beyond the point of saturation from a gaming perspective.” Pointing to suspension of construction of the company’s two satellite casinos due to the corona virus pandemic, he said, “We don’t have a firm date yet for when construction will resume.”

Category 4 licenses were created after the eastern state’s legislature approved a proposal to expand gaming and the act was signed by democratic Governor Tom Wolf in October 2017. Under the gaming expansion act, each of the new mini casinos can offer up to 750 slot machines and 30 table games. Any investor or Company interested in a license must choose a township or county that has not eschewed hosting a gaming venue. Satellite casinos also can’t be constructed within 40 miles of any already-running or planned casino.