Indian Stock Market Outlook for Next Week by SAMCO Securities 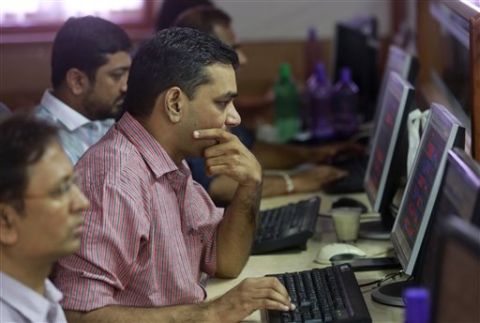 Indian market has been trading near its 4 months high for the last week and we have witnessed buying at lower levels and selling pressure at higher levels. The markets have remained in a narrow range and market players are looking for cues from quarterly results. SAMCO Research team has reviewed the market action and offered their outlook for the next week. The review by SAMCO follows....

Market continued its range bound movement with intermittent hiccups due to rise in daily COVID-19 cases cushioned by hopes for an early vaccine which capped the momentum neutral with upward bias. Banks in the US are staring at upwards of $30Bn hole in their asset quality and therefore did not participate in the March-June recovery period, as Dow and Nasdaq had witnessed. Back home in India too, the same fears have precipitated in banks and NBFCs who are steadfastly raising buffer capital. A strange scenario of bunching up of FPOs, QIPs and capital raising spree will be witnessed by Indian investors in weeks to come.

From Yes Bank to Axis Bank to ICICI Bank to SBI everyone is expected to rush to markets to raise capital in order to beef up their balance sheets. Recently, the RBI Governor too sent a clear signal to the Indian Banking participants that they would need to shore up capital; all this is expected by September when the relaxed NPA disclosure norms expire. Unlike in the US wherein helicopter money from the Fed would make it easier for banks to get money, the financial services sector of India Inc. will face challenges in raising such huge amounts of capital. Investors are advised to stay away and keep a negative stance on the banking sector and accumulate only on panics for their long-term investment portfolio.

India's retail inflation, measured by Consumer Price Index (CPI), unexpectedly clogged 6.09% in June due to temporary dent on the supply side. This may force RBI to rethink their stance for any further rate cut in August's MPC meeting. It is also true that a large part of Indian population invests in FDs and reducing interest rates further would not serve the purpose as it may indirectly impact consumption from a bigger perspective. On a deeper look, the hurdle is not RBI's stance on interest rates but the willingness of banks to dispense loans.

Given the current stature of the economy, lenders seem wary and are unwilling to dispense loans on fears of spike in bad loans deforming their balance sheets. At the same time, demand side too seems weak except the MSME sector wherein guarantees are provided by the Government themselves, prompting a flurry of lending and borrowing activities in this segment. RBI will have to smartly act to balance the expectations of all stakeholders.

IT companies like Infosys, Wipro are amongst a few who witnessed stock frenzy this week and gave an impression of a good head start to the earnings season. These companies surged on the back of sound operating margin expansion and future growth guidance in the range of 1-2%. Although growth expectations are still inline with the past trajectory but the cost reduction trigger has re-rated IT stocks in India. The earnings performance by IT players has brought about renewed confidence in D-Street which was supposed to be a "washout quarter".

Going forward it is expected that such performances will be largely discounted with a kneejerk reaction without significant price movements.