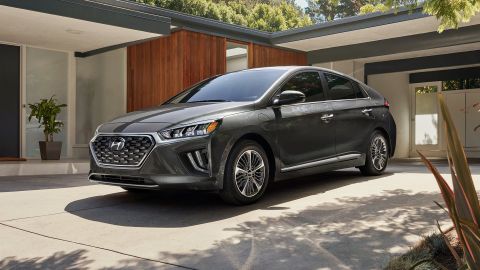 South Korean automobile giant Hyundai Motor Company has announced that it managed to improve its overall car sales, including EVs, despite supply chain issues in 2021. Announcing its sales data for last year, Hyundai revealed that it sold nearly 3.89 million cars worldwide in 2021, up 3.9 per cent from the previous year.

The South Korean automobile manufacturer noted that it managed to improve its sales in spite of various production constraints and supply chain issues, such as shortage of semiconductor chips. In December, Hyundai sold 334,242 vehicles, down 11 per cent year-over-year; but the plug-in electric car sales kept growing in the month. Plug-in electric car sales (wholesale) amounted to 17,725 units, up 110 per cent year-over-year. The plug-ins accounted for nearly 5 per cent of the company’s total sales.

Sales of all-electric cars jumped 82 per cent to 14,252 units, setting a new monthly record. On the other hand, plug-in hybrids (PHEVs) registered a much lower volume, but scored an amazing growth rate of almost 500 per cent year-over-year. Sales of hydrogen fuel cell vehicle (FCV), which are counted separately, remained marginal.

More precisely, Hyundai sold 14,262 BEVs and 3,463 PHEVs, taking the total sales of plug-ins to 17,725 units in the month under review. FCV sales stood at merely 388, down 16 per cent from the corresponding month of the previous year.

It is worth-mentioning here that Hyundai was not the only major manufacturer that saw a notable growth in sales of plug-in cars in 2021. Last year, almost all manufacturers saw sales of their EVs on the upside, thanks to consumers’ accelerating shift from pollution-creating internal combustion engines (ICEs) to zero emission vehicles. In fact, the year of 2021 was a really good period for plug-ins.

Optimistic towards the year ahead, the South Korean manufacturer has set a higher sales target of more than 4.32 million units for 2022. Planned expansion of the lineup of E-GMP models is expected to provide a big boost to sales in coming quarters.