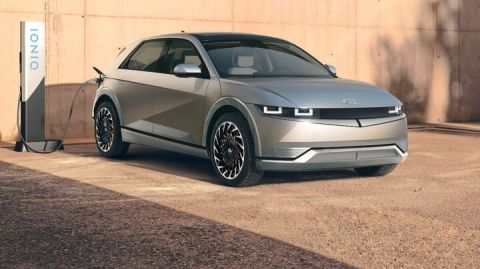 South Korean automotive manufacturer Hyundai Motor Company has witnessed a considerable improvement in sales of its plug-in electric cars as the all-new Ioniq 5 electric compact crossover SUV reached a significant volume. During the month of April, the South Korean manufacturer sold a total of 7,561 plug-in cars, which represents an increase of 13.8 per cent from the corresponding month of a year ago. The figure of the plug-in car sales also represents 4.9 per cent of the brand’s overall sales volume for the month under review.

Sales of the Kona Electric car slipped to nearly half in April, which paved way for the new Ioniq 5 electric compact crossover SUV to become the top-selling model. As per figures released by the manufacturer, the Ioniq 5 electric SUV sold a total of 3,205 units during last month; and it was just the beginning as most industry experts are of the view that this all-electric SUV will continue to attract large number of buyers in the coming years.

However, it is quite interesting to note here that out of the 3,205 units sold, only 114 were sold in the company’s home market of South Korea. It means, most of the units from the first batch of the electric SUV were sold in European markets. It may be noted here that the electric SUV was launched in the domestic and European market at the same time. Sales of other electric models were also not bad, but other models could not contribute much to the brand’s overall sales last month.