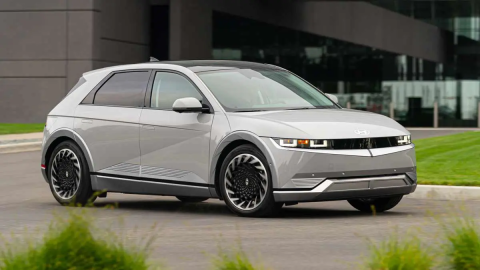 Hyundai Motor America, a wholly owned subsidiary of South Korea’s Hyundai Motor Company, has confirmed that sales of its all-electric Hyundai Ioniq 5 compact crossover SUV slipped in the month of May, which is a quite disappointing compared to sales recorded a few months back.

According to data released by the world-renowned manufacturer, the American division of the company sold 1,918 units of the Hyundai Ioniq 5, significantly down from around 2,500 monthly units sold in the past few months. In May, Hyundai Ioniq 5 electric SUV sales accounted for 3.2 per cent of the total sales volume.

Cumulatively, the manufacturer delivered nearly 11,000 units of the Ioniq 5 to customers in the U.S., and almost 10,000 of those units were delivered in the last four months. It means that we can expect the company to deliver 25,000 to 30,000 units of the EV this year.

While the decline in sales of the Hyundai Ioniq 5 last month is a bit disappointing, the company could see a rebound in sales. The sales figure is in line with decline in overall sales. The company has reported 59,432 car sales in May in the U.S. market, down 34 per cent year-over-year. Year-to-date (YTD), the company’s sales slipped 16 per cent (down -280,776) cars from the corresponding period of 2021.

Unfortunately, Hyundai’s official stats don’t include sales figures of other fully-electric or plug-in hybrid models, such as Kona Electric, IONIQ Electric, IONIQ Plug-In, Santa Fe PHEV and Tucson PHEV, simply because these vehicles are counted together with either conventional or non-rechargeable hybrids.

Hyundai claimed that demand of its vehicles remained strong, but supply constraints pulled down sales. However, the South Korea-based automobile giant is hopeful that is inventory levels will perk up later in 2022.

It is also worth-mentioning here that the broader Hyundai started deliveries of the Genesis GV60 in May, making it the third E-GMP-based EV after the Hyundai Ioniq 5 and Kia EV6. Obviously, the Ioniq 5 started facing more competition in the market.