Google To Bring Out PowerPoint Killer 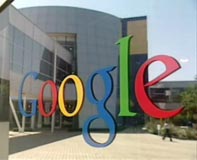 The PowerPoint killer software was described by the Google Chairman and Chief Executive Eric Schmidt at a conference for Internet entrepreneurs. He also shelled at Microsoft and AT&T Inc, whose executives recently quetched that Google may soon have an illegal monopoly in online advertising.

Using a beta version to flash slides at the conference, Schmidt downplayed the Microsoft rivalry. "It does not have all the functionality nor is it intended to have all functionality of Microsoft Office," he said, but quickly added, "It seems to be a better fit to how people use the Web."

Google will offer two versions of the presentation software starting this summer, and it will sell a "Premier" version with extra storage for $50 (euro36.90) per year. The presentation program is part of Google Docs & Spreadsheets, which the company has been unveiling piecemeal for nearly a year.

Google also aired the acquisition Tuesday of Tonic Systems Inc, a startup based in San Francisco and Melbourne, Australia. The company specializing in collaborative presentation software is expected to contribute to future versions to Google's productivity suite. However, financial terms of the deal were not revealed.