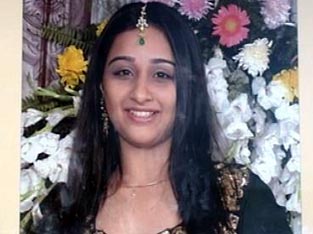 Akriti Bhatia, a class XII student of Modern School, Vasant Vihar in New Delhi, died after having an asthma attack in the school premises on Tuesday.

Following this, the school is facing the rage as the family members and friends of the girl blamed school authorities for reacting late in taking her to the hospital.

The 17-years-old Aakriti Bhatia died on her way to the hospital.

However, the school authorities denied there was any delay from their side.

According to sources, Akriti complained of shortness of breath to her teacher and after 9-minutes she called to inform her mother.

Afterward, when the condition of the girl deteriorated, she was shifted to the sports room and the school nurse administered the nebuliser and oxygen to the girl.

But, around 10.40 am, when she was shifted to the Holy Angels Hospital, Basant Lok, around 2 km from the school, the doctors declared her dead on arrival.

Mr. Vipin Bhatia, Akriti’s father, alleged, “The Principal is not bothered. Students have been told to not talk about the incident and the principal says that they may be thrown out of the school if they do.”

While talking to media persons on Tuesday, Goldy Malhotra, principal, Modern School, said the school made all tries to save Akriti, and that Akriti’s mother insisted the girl be taken to her aunt’s house and not to the doctor’s.

“Aakriti is an old case of asthma and was finding it difficult to breathe on that day. She called home in between and then met the class teacher who took her to the sports room as the clinic is on the first floor. Lilly Kutty, the nurse, administered oxygen. Aakriti then felt slightly better and spoke to her father after which she was taken to Holy Angels at 10.40am. A little bit of time was lost due to the traffic but she collapsed on the way,” said Mr. Malhotra.

Akriti's friends, in the meantime, told that when she first complained, the principal didn't take the matter in a serious manner, and later the nurse said she can't go down to examine Aakriti.

The Bhatia family said that it would pull out Aakriti's brother from the school. He studies in Class V.