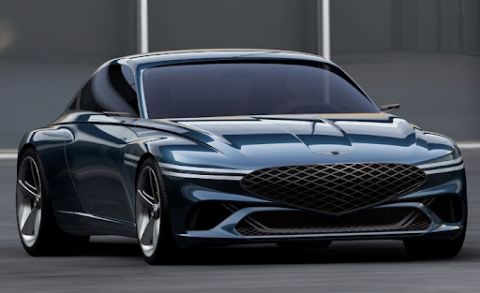 Genesis Motor LLC, the luxury car division of South Korea-based automobile manufacturer Hyundai, has announced its dual electrification strategy to achieve its zero-emissions target. The luxury car maker said it would focus on two kinds of vehicles - battery electric vehicles (BEVs) and hydrogen fuel cell vehicles (FCVs). But, the company has not said anything about conventional plug-in hybrid vehicles.

Starting 2025, any new car model launched by Genesis will be a purely electric zero-emissions vehicle. As the time goes by, starting from 2030, all of the company’s lineup will be zero-emissions. By the mid of next decade (2035), the luxury car brand intends to be totally carbon neutral. The company believes that its plans to develop pure electric technologies like new electric systems and fuel cell systems with higher power output will help it improve efficiency.

Announcing the strategy, Genesis said, “To drive the shift to electrification, Genesis will focus on a dual electrification strategy involving fuel cell and battery electric vehicles. Genesis will put an effort on developing pure electric technologies such as new fuel cell systems with higher power output, and electric systems that help improve efficiency.”

In addition, the company will invest time and money in development of next-generation technologies to draw better performance from lithium-ion batteries and solidify the brand as a leader in the luxury car market.

Revealing plans to achieve its goal to become a carbon neutral brand by 2035, Genesis also stressed that it was the first time for a division of the Hyundai Motor Group to announce a precise timeframe for the transition from ICEs to EVs.

Jay Chang, Global Head of Genesis, said he was very excited to announce the new vision of brand for a sustainable future by leading the age of electrification and designing a new dimension of customer experience. He stressed that Genesis would take daring steps to become a leading brand on the way to electrification of vehicles.

Genesis aims to launch at least eight purely electric models before the mid of current decade, as part of its larger goal to grow its global sales to 400,000 units per year.