EMC to release enhancements for VFCache 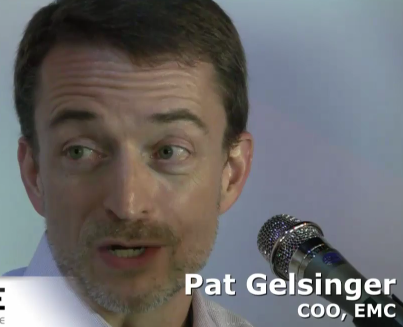 EMC is planning to release a host of enhancements for its recently launched VFCache flash storage.

The company will soon release enhancements including SSDs, 1TB cards, integration with VMware and less expensive MLC flash media. VFCache, which was released on Monday as a PCIe card for cached data in servers, will utilize EMC's Fully Automated Storage Tiering software for delivering superior performance.

EMC will begin customer tests of an external VFCache appliance, which can be permitted among servers, in the second quarter. VFCache will also be available for SSDs (solid-state drives) and with MLC (multilevel cell) technology.

Pat Gelsinger, president and chief operating officer of EMC Information Infrastructure Products said that the new edition would be a version of VFCache. EMC is planning to compete in the high-speed, server-based flash market.

Gelsinger said that the company is aiming to be in the enterprise flash what Apple did for consumer flash at the time when Apple popularized that storage medium in iPods, iPhones and iPads. EMC said it shipped 24 petabytes of flash data capacity in its storage arrays.

VFCache will work with EMC's large installed base of networked storage arrays and cach the most critically needed data on the server and also classify the other information permanently across a network.