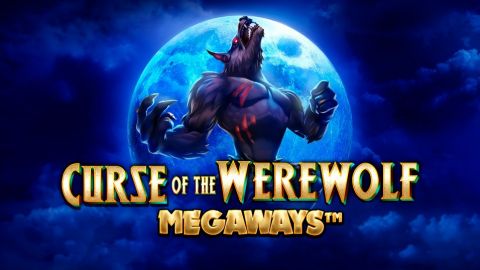 On the heels of its content deal with B2B online casino software provider BlueOcean Gaming, iGaming giant Pragmatic Play Limited has announced the release of a new video slot titled “Curse of the Werewolf Megaways” that challenges players to come face-to-face with a terrorizing creature.

The 6-reel, 6-row grid, and 46,656-payline high volatility video slot is an action game set in the paved street of an old-fashioned European village terrorized by Werewolves. Its spooky sound including spine-tingling shrieks and howling adds to the immersive setting of the game.

The list of symbols in the slot includes four villagers and a wolf. It challenges players to land a minimum of three of a type cards to win, and the same is required for the two-legged characters, while two or more are required for wolfie to win. Those who will be able to land a minimum of three of the wolf howling at the so-called moon Bonus symbols will be able to move to the Extra Spins Round, where the Werewolves go on the rampage underneath a full moon. Regular Werewolves gets replaced whenever a Werewolf symbol is attacked. When Werewolves land, they remove up to 5 lives, and when the character loses all the 5 lives, it gets replaced by Werewolves and the player is awarded one more Extra Spin.

The new online video slot, which follows the release of Jungle Gorilla, Street Racer, and Peaky Blinders, has hit the market at a perfect time as days have started getting shorten and the nights are getting darker.

Melissa Summerfield, Chief Commercial Officer (CCO) for Pragmatic Play, said in a statement, “With dark nights starting to creep back in, we think it’s a perfect time to release our spooky new hit, Curse of the Werewolf Megaways. Combining the Megaways mechanic with immersive gameplay and a thrilling theme, we can’t wait to see how the game is received by our operator partners and fans alike.”