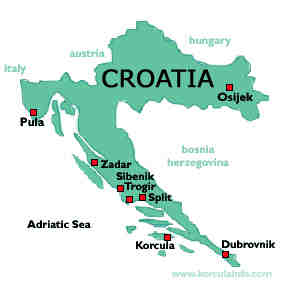 Zagreb- Croatia has rejected the European Union's offer of mediation between Zagreb and Slovenia in a border dispute that is delaying Croatia's EU accession talks, local media reported on Saturday.

Croatian President Stjepan Mesic was quoted by the daily Jutarnji List paper as saying that the offer "made no sense." The refusal of the EU offer would also be approved by Croatian Prime Minister Ivo Sanader, the paper said.

Croatia and Slovenia have had a long-running border dispute over a small section of Adriatic coast. Ljubljana has blocked Croatia's EU accession discussions, which Zagreb had hoped could be completed by 2011, as a result.

On Wednesday, EU Enlargement Commissioner Olli Rehn proposed setting up an EU body to arbitrate in the dispute.

Mesic said that the International Court of Justice in The Hague was "the party which decides on the issue," the paper reported. Croatia has repeatedly held the ICJ to be the sole arbiter of the dispute, a position which Slovenia rejects.

Sanader was quoted by local media as saying that his government would push for accession talks be separated from the Slovenia border issue. (dpa)