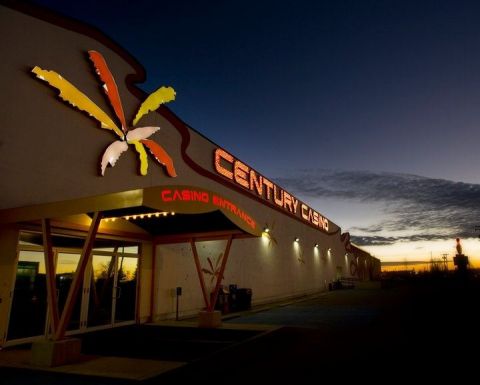 Colorado Springs, Colorado-headquartered Century Casinos Incorporated has confirmed that its gaming properties in the western Canadian province of Alberta have reopened their doors to public. The casino operator announced the reopening its Alberta gaming venues for the first time in six months as the Canadian western province has eased COVID-19 restrictions that were imposed to help prevent the further spreading of the deadly infection. Six months back, the operator had to close its gaming properties in Alberta for the second time as the pandemic had returned.

Century Casinos Inc. operates a number of gaming venues in Alberta, including Century Casino & Hotel Edmonton, Century Downs Racetrack & Casino, Century Casino St. Albert, and Century Mile Racetrack & Casino.
All of the gaming properties reopened their doors to the public last Thursday as the western Canadian state entered Phase II of its 2021 reopening plan. It may be noted here that the second phase of the 2021 reopening plan allows indoor entertainment & recreation venues to reopen at up to one-third capacity.

On its Facebook page, the casino stated, “It has been a while since we have been open, do not hesitate to ask anyone of our dealers to walk you through a game.”

Like many other operators, officials at Century Casinos remains concerned about the future as state authorities haven’t given any assurance that no other another shutdown will be required. However, if everything goes well, the state is expected to lift all pandemic-related restrictions as soon as early next month.

Alberta is not the only Canadian province looking to bring its indoor entertainment & recreation venues back into activity. In Saskatchewan, SaskGaming recently announced that its gaming venues Regina and Moose Jaw will restart welcoming guests on 20th of June.

While casinos in the neighboring United States have enjoyed a robust recovery in business in 2021, it has not been a good year for Canadian casinos. In April, Great Canadian Gaming Corp. closed its two Nova Scotia gaming properties due to pandemic outbreaks in the Atlantic province. In British Columbia, gaming properties have remained closed since the onset of the COVID-19 roughly fifteen months ago.