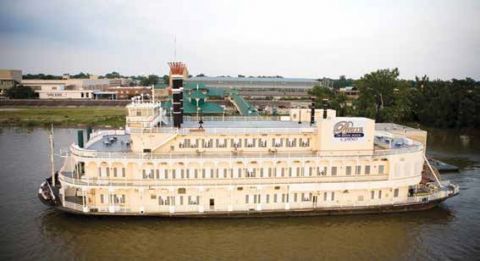 Gaming and entertainment giant Caesars Entertainment Incorporated has confirmed that it has sold the Belle of Baton Rouge, a ten-story riverboat hotel-casino in Baton Rouge, Louisiana, to Illinois-headquartered CQ Holding Company Inc.

CQ Holding Company, which operates the Casino Queen brand of gambling & entertainment properties, has acquired the riverboat hotel-casino for an undisclosed amount. The transaction, in which Caesars was represented by Macquarie Capital & Milbank LLP, is expected to close sometime near the mid of 2021, subject to regulatory approvals and other routine closing conditions.

Ownership of the real estate for the Belle of Baton Rouge floating hotel-casino will be retained by the Gaming & Leisure Properties Inc (GLPI). Following the completion of the transaction, rent to GLPI will also remain unchanged.

Tom Reeg, who took over as the chief executive officer (CEO) of the new Caesars following Eldorado-Caesars merger earlier this year, seems to be very happy to see the floating hotel-casino go. He reportedly never liked the Belle of Baton Rouge and viewed it as a blemish among Eldorado’s properties. During a hearing before the Louisiana Gaming Control Board in January this year, he had said that the property was in such bad shape that he would not like to spend even a single night in its hotel rooms.

Testifying before the regulatory body, seeking its approval for Eldorado’s merger with Caesars, he had said, “The fact that I stayed at [Penn National Gaming’s] L’Auberge last night is a comment on our view of the state of the Belle as it sits today.”

At the time, Mr. Reeg had also revealed his company’s plans intention to invest $500 million in four years, following the proposed merger, to revamp its properties in Louisiana.

The Belle of Baton Rouge, which has been operating since the year of 1994, was once known as the Catfish Queen Casino. It offers nearly 800 slot machines and more than dozen table games. It was sold as part of Caesars’ ongoing divestment of certain properties to comply with the desire of the regulators following the $17.3 billion Eldorado-Caesars merger.

Pushing ahead with its divestment plans, Caesars Entertainment has already gotten rid of Shreveport-based Eldorado Resort & Casino. Now, it has five properties in Louisiana. Besides the Belle, it owns Isle of Capri, Harrah’s Louisiana Downs, Horseshoe Bossier City, and Harrah’s New Orleans.