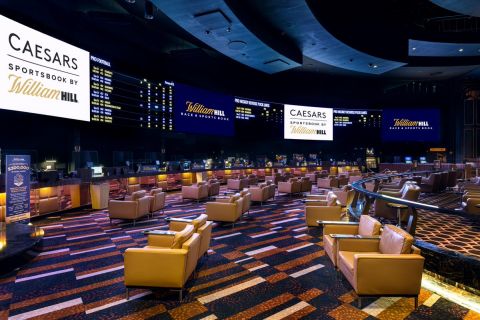 Caesars Entertainment CEO Tom Reeg is optimistic about the future of casino & hotel business, thanks to a dramatic rise in hotel bookings at the company’s Las Vegas Strip properties. The boss of the Reno, Nevada-headquartered American casino & hotel giant used a conference call with investors, in which he detailed that nine of his company’s most recent top-ten booking days occurred in February this year. The executive stressed that it was most encouraging activity recorded at his company’s properties in Nevada since the properties resumed business in June last year following the months’ long COVID-19 pandemic-induced shutdown.

It may be noted here that Caesars, like any other commercial gaming property in Nevada, was forced to suspend all operations and remain closed for nearly three months last year due to the deadly COVID-19 pandemic that allegedly originated in China and gradually spread to other parts of the world, infecting millions of people and claiming large number of lives.

According to Mr. Reeg, the merger helped the new entity to chalk up a considerable increase of around 37.4 per cent year-over-year in annual net revenues to roughly $3.5 billion despite a rise in operating costs due to the pandemic. As per the executive’s claims, the pandemic pushed the company’s operating capacities down by as much as 75 per cent.

The gaming giant lost nearly $1.8 billion in 2020, which is considerably worse than its profit of $81 million in the previous year. In the fourth quarter of 2020, its aggregated receipts fell to the level of just $1.5 billion. Nevertheless, Q4 revenue was 152.9 per cent up on a GAAP basis. But, same-store net revenues slipped 37.5 per cent to $1.6 billion on quarter-over-quarter basis.

At the time, Mr. Reeg said, “Our fourth quarter was negatively impacted by additional Covid-19 restrictions implemented in several states starting in November. Early results in the new year indicate a strengthening of consumer demand as restrictions have been lifted and demand levels normalize, especially at our regional, non-destination properties.”

Caesars Entertainment continues to try to expand its business and reach through various deals. Mr. Reeg also confirmed that the company’s already-agreed $3.7 billion deal to acquire British online sports-betting firm William Hill will likely be finalized by the end of June 2021.