Buying Motorola will put Lenovo in a better position 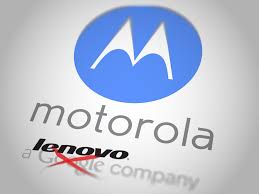 The acquisition of Motorola will put Lenovo in a better position to become a one-stop shop for in PCs, tablets and smartphones, according to Forrester Research analyst Frank Gillett.

Gillett said the acquisition of Motorola would enable Lenovo to compete in all three device markets and join the likes of Apple Inc.

Commenting on the recently announced deal, Gillet said, "This makes Lenovo a company to watch. The personal device manufacturer business is consolidating - and manufacturers must compete in all three device markets, plus emerging wearable categories, or get left out of the next market shift."

Google yesterday announced that it would be selling Motorola's smartphone business to Chinese manufacturer Lenovo for $2.9 billion.

The deal price is enough to show that acquiring Motorola was one of the biggest mistakes ever committed by Google. The Internet search giant had acquired Motorola for $12.4 billion in 2012. Motorola proved to be a financial headache for Google, which trimmed its workforce from 20,000 to just 3,800.

Lenovo, however, said that it would not lay off any more Motorola employees. The Chinese manufacturer has also announced that Motorola would remain based in its current Libertyville, Illinois-based headquarters.